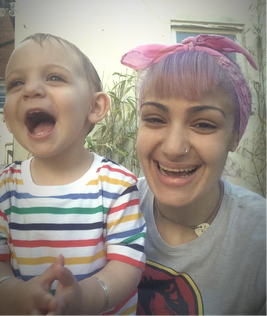 Salut. My name is Alyosha. I was born in Australia, but left at a very young age to live with my mother Jeanne in a little village in the south of France. We went to Montreal, Canada, when I was nine, and was introduced to the lovely and rich world of art which pours from the soul of this city.  I studied theatre production and social care while my mother worked her way through film school.

I helped with each of her productions, got to know her subjects, and they in turn became friends, like Deanna Sabo from Chez Lise  and Stanley Lewis.

​Helena Michie
​
A country childhood in Kent and years spent in London and Brighton, with travelling in between, led me to a rural part of the Languedoc Roussillon region in southern France, where I settled.

In1992 I founded the non-profit association La Belle Auriole, based in an old Catalan farmhouse.  Over fifteen years I developed an independent international artists’ and writers’ retreat centre, built partnerships with UNESCO and RES ARTIS, and curated annual cultural events. Poetry was my first love and during this period the British poet John Fairfax encouraged me to see myself as a creative, to publish my poems and to make my first film.

The Camp at Rivesaltes, The Final Day is based on a single poem translated into different languages, to give a voice to those who suffered and died in a nearby, now abandoned, concentration camp. Having attended its premiere in Montreal, Jeanne Pope invited me to the city, where I made a short video to celebrate her premiere of Dust: A Sculptor's Journey. I returned in 2012 and shot footage for Chez Lise.

My second film, JEAN CAPDEVILLE Voyage into Black, an intimate portrait of the French Catalan painter in old age, has been selected for the Media Library 2020, Visions du Réel International Film Festival,  Nyon.

Jeanne and I recently created Film Bandits, a non-profit organization with the idea, after lockdown, to bring short, feature length and ex-festival films to rural communities in the Languedoc Roussillon region of southern France.
​
A new film project is in development.
​ 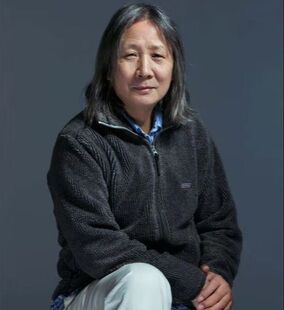 I am a Chinese-Canadian documentary teacher, cameraman and documentary photographer and I work at the Beijing Film Academy, Qingdao campus, China.
​
Jeanne and I have worked together for ten years, creating our own documentary classes, mentoring students and conducting workshops both in Montreal and Qingdao.

I am very interested in ethnological documentaries, this is my niche, and am currently working on a triptych about the Yi minority of southern China.

I have a Master's degree in Buddhist Art History and Art Technology from the National University of Kobe, Japan, 1993. Later, I studied multimedia design at the International Academy of Design, Montreal.

I speak Japanese, Mandarin and English. Here is the trailer to my last documentary,  Shang Xin Fang.

I worked as a librarian for many years.  I help with the editing and technical support for this website and also the website of Stanley Lewis the Montreal sculptor. I proofread for The Blue Book of Film, a Chinese film industry yearbook published by the BFA-MCMC. 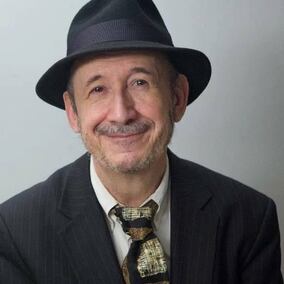 I am a freelance photographer. My approach is Quixotesque, as I point my camera at anything that moves. I have worked as official photographer for the Festival international de Cinéma Vues d'Afrique for several years. I photographed the evolution of the commercial Boulevard St-Laurent, in Montréal, known as the Main, where I met Stanley Lewis and eventually also Jeanne Pope and Ying Wang, at the time they were filming a documentary on the life and times of Stanley Lewis, Dust: A Sculptor's Journey. I have collaborated with Jeanne Pope on several of her recent films as translator and poster designer.
​
Photography and my collaboration with Montreal painter Annie Sène has led me to be interested in the statistical representation of colours in images and its translation to a circular form.

My early education specialization was First Grade, as I studied first grade three times- one year in Portuguese, the next year in French, and the following year in English. Equipped with that solid base, I went on to study at Concordia University, first in the Department of Science, and then I shifted to the Arts Department, before landing in Management Information at L’ Université du Québec in Montreal. All of which was done discreetly without leaving any paper trail.