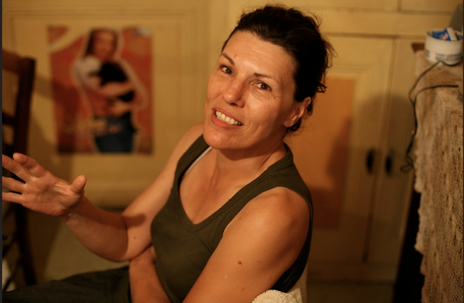 "I've known Jeanne forever it seems, and our friendship and interest in our respective work has traveled through time and countries. Her writings were at the root of a number of projects I worked on. Jeanne used to write a lot; I mean: A LOT! Mounds of short stories, some finished, some not, beginnings of ideas, of novels, reflections, erupted from her pen in what seemed to be an inexhaustible stream, fueled by people she met in the street, at work, at a café, while buying bred or sitting in a park. One of these gold nuggets, Lilith’s day off, was at the origin of a short film I edited, Anjelica, written and directed by James Galwey. Another one, The Dog, inspired him to write the scenario of what was to be my first feature film, Katryn’s Place. I rewrote Philadelphia from a short story for a script. Time passed, and she became a documentary film-maker, which, in retrospect, is the natural progression of her creative process because what she wrote were the stories of real people she sublimated through fiction. But life, when you dig deep into it, is already sublime if you know where and how
to look, which is what Jeanne does. And now, in a wonderful reversal of her medium of expression,
the quality of her documentaries is novel-like." 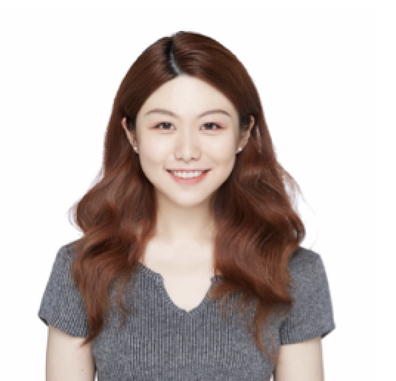 Her way of class is very patient, she can always EASILY feel the students' ideas and needs, and try her BEST to help students overcome all kinds of problems. She is very inclusive, respects any ideas in creative and supports us . It seems to me a rare quality. She spent a lot of time on the students and the creation of documentaries, sometimes beyond her responsibilities and obligations, but she would also say, "this is my responsibility." Because enthusiasm and serious attitude, not only in the documentary learning infected me, in the face of the creation of this matter, my attitude has also changed, which is my great harvest." 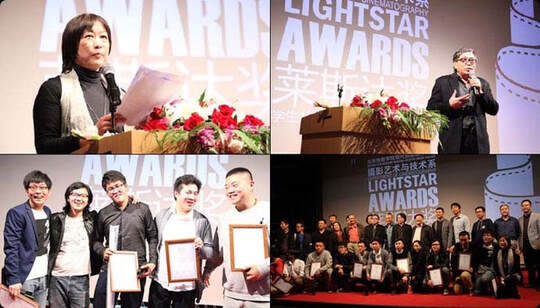 "Jeannette is my university teacher in China and guided me during my documentary film. She mentored me, helping me complete my work for the LightStar Awards and my graduation work. Jeannette taught me the basics of editing, organizing my material, and helping me find my idea and going through rough-cut to fine cut. She taught me the process and the need to have not only quality but soul and passion. As a documentary filmmaker, Jeannette has a wide range of themes and styles.I met her when she came to our school to give a lecture and introduce her documentary film about a Montreal artist, Stanley Lewis. It was when she spoke about the lens and how emotions can be built up, and chasing ‘soul,’ and then I followed her through a film. I was happy when she came to work and was my teacher. She helped me find a path and create energy with my material which I first found so difficult to handle. With her help to become interesting and wonderful. She is interesting in class, lively in class, often in communication with students, very popular with students. Jeannette is a very conscientious teacher."
​
​Jeannette是我的大学老师，在我大学期间指导我拍摄剪辑纪录片，我在她的帮助下完成了我的莱斯达奖作品和毕业作品。剪辑期间Jeannette老师陪我整理所有素材，帮我梳理了剪辑思路，并在初剪完成后帮我一遍遍完善，是她教会了我制作一部纪录片的流程，告诉了我需要具备的素养。Jeannette作为纪录片制作者，涉猎的题材、风格很广泛。认识她始于第一次Jeannette来学校讲座，介绍她关于艺术家Stanley的纪录片，之后我跟随她拍摄拍摄她的个人记录实验影片，听她叙述了许多对于影片的想法，关于镜头剪辑如何表现情感等等。她能够接受和指导的影片也很多样，我曾和她一起帮助大一的新生拍摄剪辑纪录片，有一些原本看起来素材质量并不是很好的影片，在她的帮助下变得有趣精彩。她上课有趣，课下活泼，经常与学生交流，很受学生喜爱。Jeannette是一位很尽职的教师的纪录片工作者
​
Ganam
50-minutes documentary
Mentor, English subtitles and corrections
Ethnology Festival, Beijing, 2017
LightStar Awards
Accepted into Concordia University, master’s program 2017
2020 - Documentary: My Grandmother RVCQ - Canada 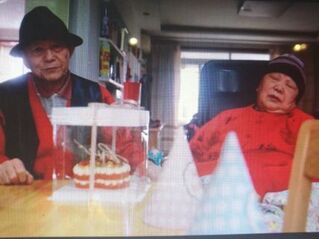 "Wang Ying and Jeannette Pope helped me understand how
to make astory from my images, and not just a documentary.
​Thank you teachers! "

"Thank you dear Jeanne. It is an honour to have your creative thoughts which are printed in this film. With your love energy, passion and creative thoughts and encouragement this film can have its own soul finally. Thank you so much".
​
https://www.torchfilms.com/products/taming-the-horse
Montgolfiere d'Or, Festival des Trois Continents 2017
Grand Prize for Best Canadian Feature, RIDM Montreal 2017
International Feature Competition, Visions du Reel Nyon 2017
​

Helena Michie
Filmmaker, director, writer
Jean: Voyage into Black
2019
Film consultant, technical consultant
​
“Jeanne encouraged me to take the leap of faith and pick up the camera to make my film about Jean Capdeville, to put aside my fears and self-doubt and go ahead - not to wait for improbable funding and to ignore the naysayers who said I couldn’t do it because I was professionally untrained. I took her advice and am thankful - for without her support I would have stopped there and then. Since  then she has she invited me twice to Montreal where I witnessed her commitment to the tough business of filmmaking first-hand, firstly with her completion of Dust: a Sculptor’s Journey (about her friend the late sculptor Stanley Lewis ), then in the filming of Chez Lise (her second documentary feature, about a low income boarding house and the love story of two of its residents with mental health issues)”.